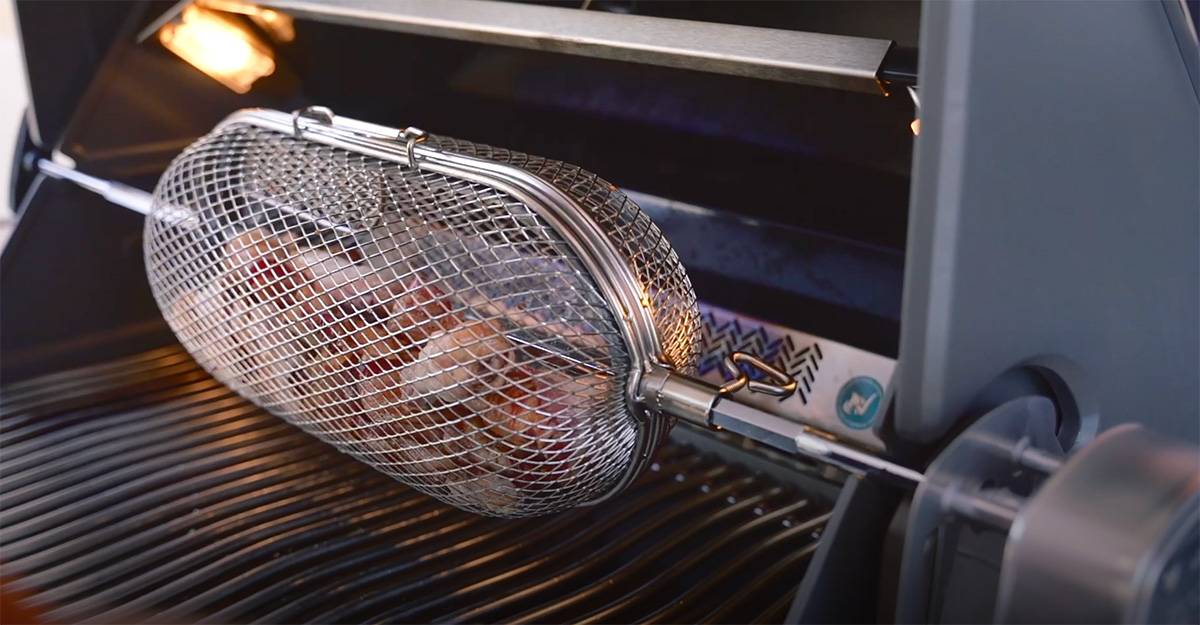 This super simple recipe for bacon-wrapped wings is one of our favorite ways to use the Napoleon rotisserie basket.

Start by wrapping each wing with 1 piece of bacon. 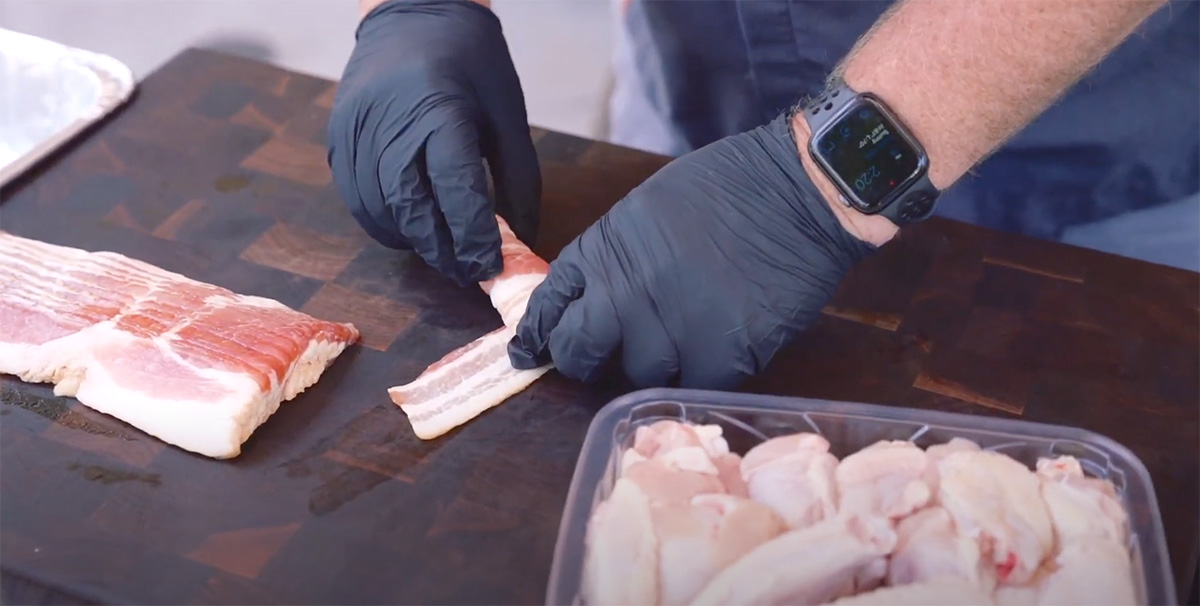 Chicken wing being wrapped in bacon

After wrapping all of the chicken wings, gently place them into the Napoleon Rotisserie Basket. 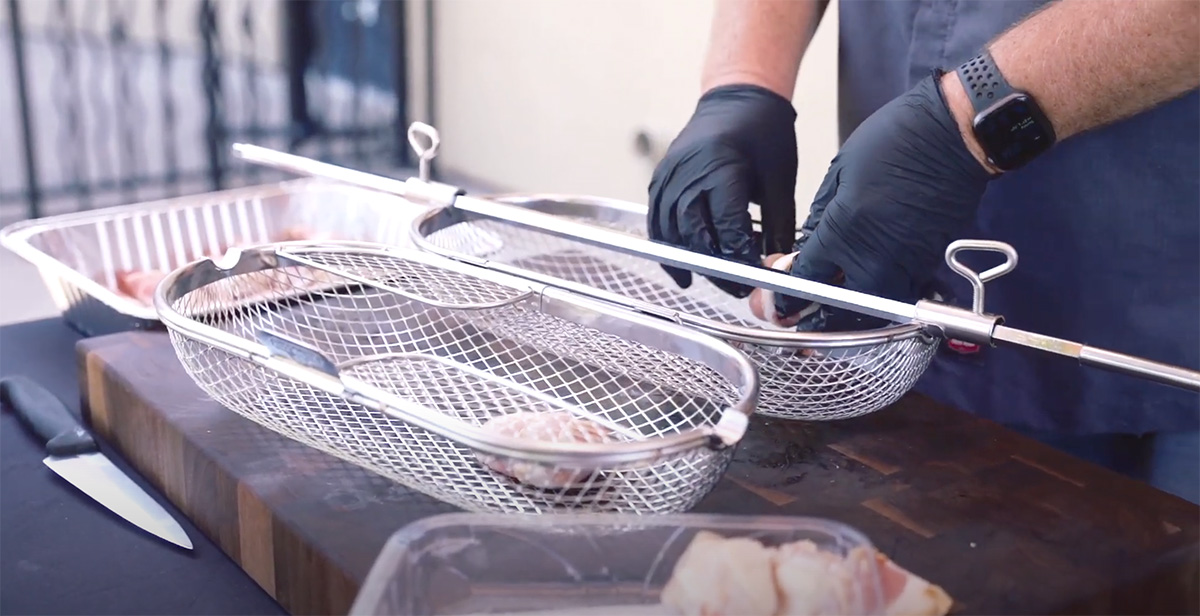 Once the wings are all in the basket, place the basket on the grill and let them cook for 30-40 minutes or until the bacon begins to crisp up! 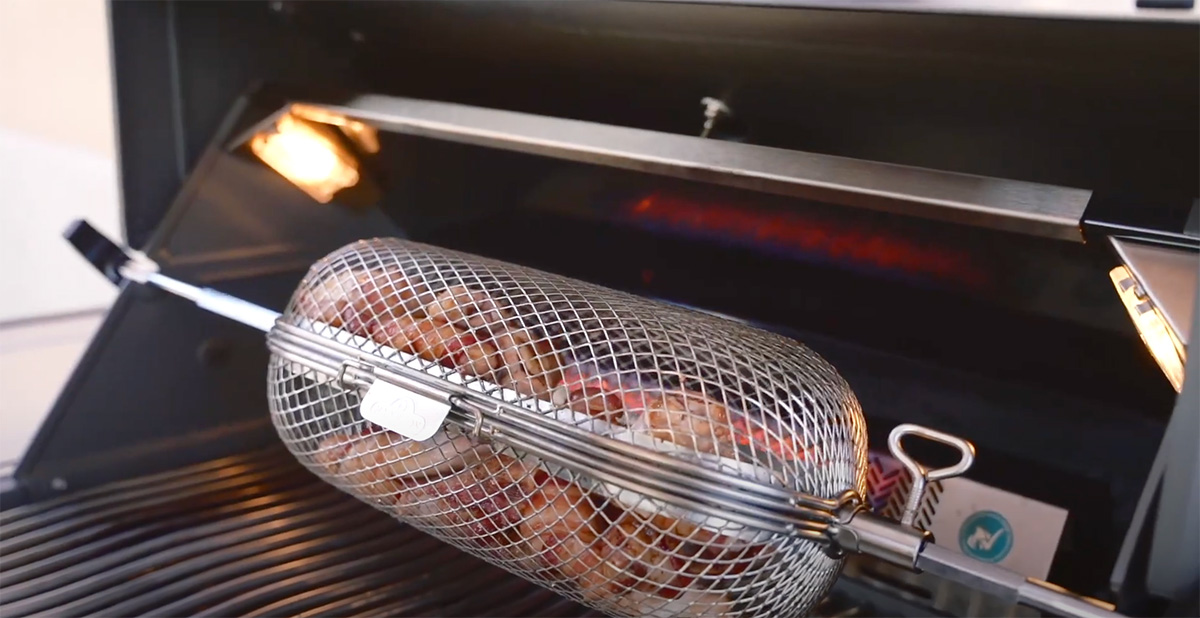 Once the wings are finished cooking, carefully remove them from the grill and place all of the wings wings in a mixing bowl. From there, all that’s left is to add your favorite seasonings! We like to use Kosmos Wing Dust which comes in a variety of delicious flavors – all of which we carry right here in our store. 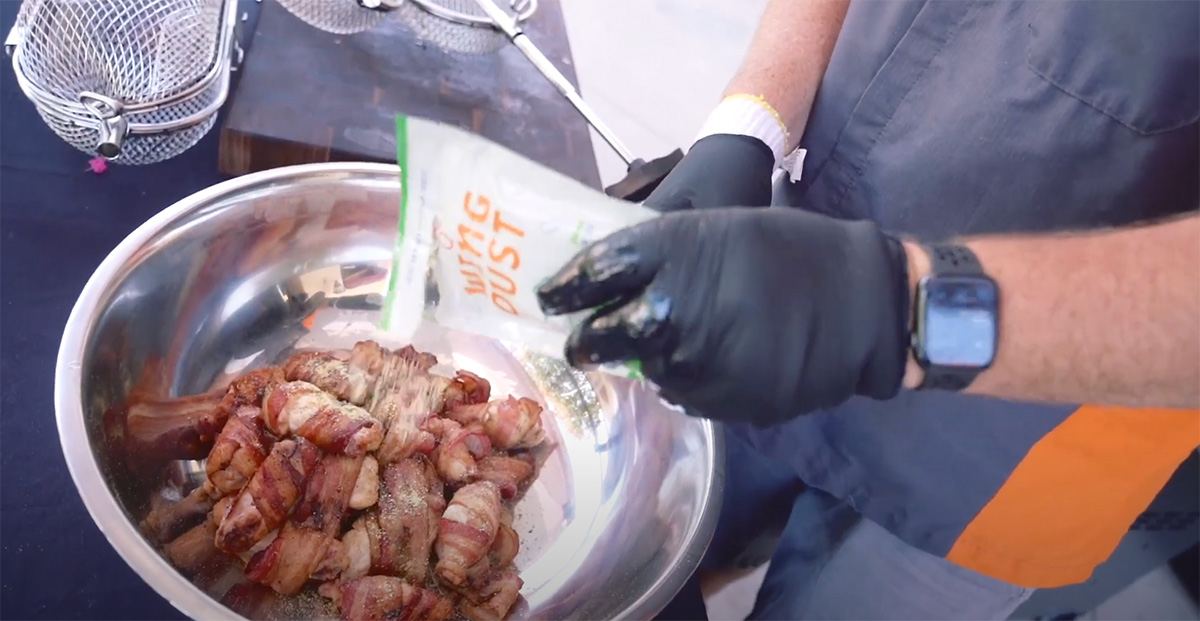